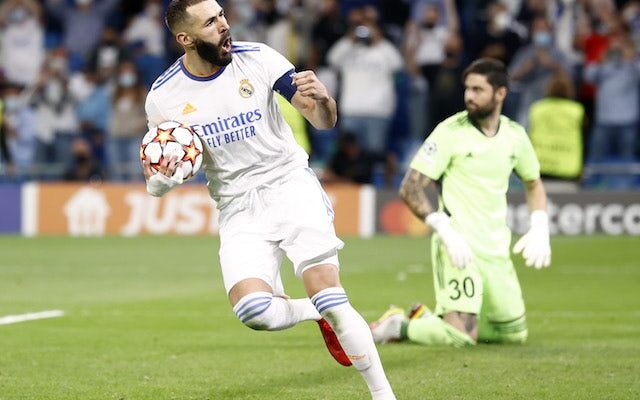 Real Madrid head into Wednesday’s La Liga clash with Athletic Bilbao on the back of six straight victories in all competitions, and Carlo Ancelotti is unlikely to make too many changes to his side.

Midfielder Dani Ceballos will remain on the sidelines alongside winger Gareth Bale, while forwards Eden Hazard and Rodrygo are both doubts through illness.

The loss of Ceballos is not overly concerning for Ancelotti, with the central trio of Luka Modric, Casemiro and Toni Kroos remaining largely untouched despite pressure from the likes of Federico Valverde and Eduardo Camavinga.

Eder Militao and David Alaba should continue to partner up at the heart of the back four, with Dani Carvajal and Ferland Mendy both expected to keep their places either side of the duo.

Karim Benzema continues to be a talisman for Los Blancos, having netted a league-high tally of 11 goals so far this term alongside five goals in five Champions League games.

He will be flanked by Vinicius Junior, who is also enjoying a hot run of form with seven league goals so far this term, while Marco Asensio will likely take the other wide spot in the absence of Rodrygo, Hazard and Bale.