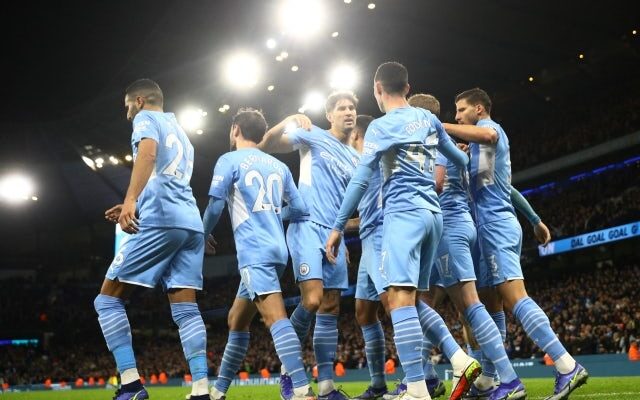 Manchester City manager Pep Guardiola ought to give the kids a run-out for Friday’s FA Cup third-round tie with Swindon Town at County Ground.

The Premier League champions are still sweating over the fitness of John Stones (knock), Phil Foden and Oleksandr Zinchenko (both COVID-19), while Riyad Mahrez is away on Africa Cup of Nations duty.

However, regular first-teamers will be few and far between in Guardiola’s starting XI here, as Zack Steffen enjoys a start in goal with Ederson earning a well-deserved rest.

Kyle Walker and Nathan Ake could offer some defensive experience from the wide areas, especially if CJ Egan-Riley and Luke Mbete form the centre-back partnership.

It would not be surprising to see 17-year-old Romeo Lavia earn some minutes on Friday, but a man 19 years his senior in Fernandinho could start and captain the side here.

Ilkay Gundogan and James McAtee could join the 36-year-old in the engine room, and there may be a second Brazilian in the first XI in the shape of Kayky, who made the bench for the New Year’s Day win over Arsenal.

Cole Palmer has already featured as the focal point of attack for Man City’s first team and could do so again, and a confidence-boosting afternoon could be in store for Jack Grealish if he is reintroduced into the fold.