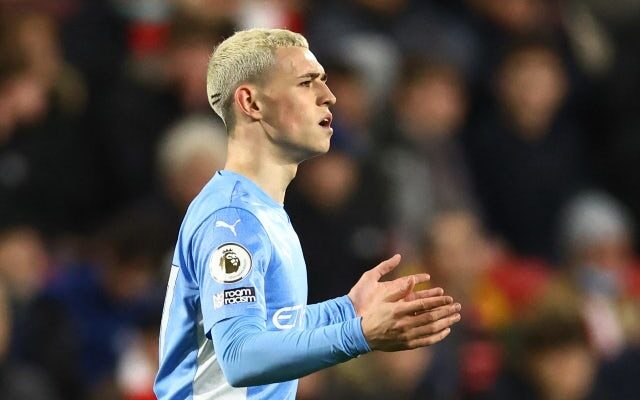 Manchester City still have a number of unnamed COVID-19 affected players doubtful for Saturday’s top-of-the-table Premier League clash with Chelsea at the Etihad.

Phil Foden and Oleksandr Zinchenko are also believed to be among the coronavirus-affected crop, while John Stones is still nursing a knock and Riyad Mahrez is away on Africa Cup of Nations duty.

Zack Steffen was always expected to get the nod in goal for the FA Cup, so Ederson’s absence could very well have been a tactical decision, and City will hope to have the Brazilian back this weekend.

Kyle Walker and Joao Cancelo are both fit to reprise their roles in defence, while Aymeric Laporte will expect to displace Nathan Ake alongside Ruben Dias in a formidable backline.

Rodri was never in any danger of losing his spot to Fernandinho, as former Blue Kevin De Bruyne and Ilkay Gundogan make up Guardiola’s probable midfield trio.

Even if Sterling and Grealish are once again forced to miss out, Foden is thought to have a strong chance of returning to the squad this weekend and could therefore take his place on the left.

Bernardo Silva is a sure-fire starter with Mahrez away on continental duty, as Gabriel Jesus – who bagged the only goal at Stamford Bridge earlier this season – spearheads the charge.