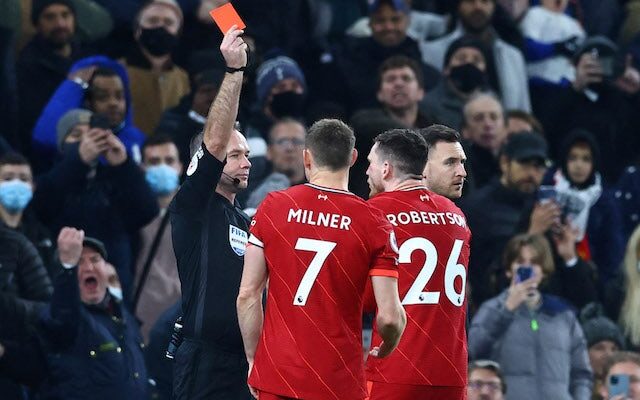 Liverpool are expected to field plenty of fringe players and youngsters when they host League One side Shrewsbury Town at Anfield in the FA Cup third round on Sunday.

The fixture comes just days after the Reds were forced to postpone their EFL Cup semi-final first leg against Arsenal due to a coronavirus outbreak within their squad.

The identities of the players affected by that latest outbreak have not yet been confirmed, meaning that there is huge uncertainty as to which players will be available for Sunday’s contest, which competition rules dictate must go ahead regardless of the club’s COVID situation.

It is not all bad news for Liverpool, though; their training ground was able to reopen on Friday, while those who missed last Sunday’s draw with Chelsea – Alisson Becker, Roberto Firmino and Joel Matip – will have also finished their required isolation period and so should be available as long as they provide a negative test.

Jurgen Klopp also missed the trip to Stamford Bridge but could be back on the touchline, although Peter Krawietz is ready to stand in with Pep Lijnders having also tested positive for coronavirus.

Virgil van Dijk, Fabinho and Curtis Jones all had the virus last month and so are expected to be available if needed, while Andrew Robertson has now completed his three-match suspension and will also be in contention if he is unaffected by this week’s outbreak.

Takumi Minamino and Divock Origi are also doubts and face a race against time to prove their fitness, while unconfirmed reports have suggested that Liverpool’s goalkeeping corp was hit particularly hard by the COVID outbreak.

Alisson’s return could be particularly timely, then, with those reports suggesting that forgotten man Loris Karius, who has not played for Liverpool since the 2018 Champions League final, was the only keeper to have returned a negative test.