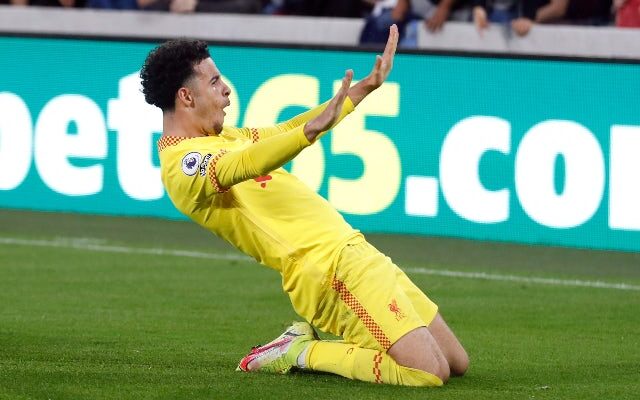 Liverpool boss Jurgen Klopp will likely ponder a few alterations for the visit of Brentford to Anfield for Sunday’s Premier League clash.

The Reds continue to make do without Mohamed Salah, Sadio Mane and Naby Keita due to the Africa Cup of Nations, while Thiago Alcantara, Nat Phillips, Harvey Elliott and Divock Origi remain injured.

Trent Alexander-Arnold recovered from COVID-19 infection in time to face Arsenal in midweek, but he may not be ready for two starts in quick succession just yet, giving Neco Williams the chance to shine on the right.

Andy Robertson should be fine for this encounter despite a knock, but Kostas Tsimikas could start if Klopp elects to keep the Scotland international fit for the second leg of the EFL Cup semi-finals, while Joel Matip and Virgil van Dijk should partner up in defence once more.

Fabinho and Jordan Henderson are nailed-on starters in the engine room, but Klopp will certainly consider swapping James Milner out for either Alex Oxlade-Chamberlain or Curtis Jones.

Takumi Minamino wasted a golden opportunity to win the tie for Liverpool on Thursday night but ought to start up top with Roberto Firmino and Diogo Jota once again due to Klopp’s lack of options.