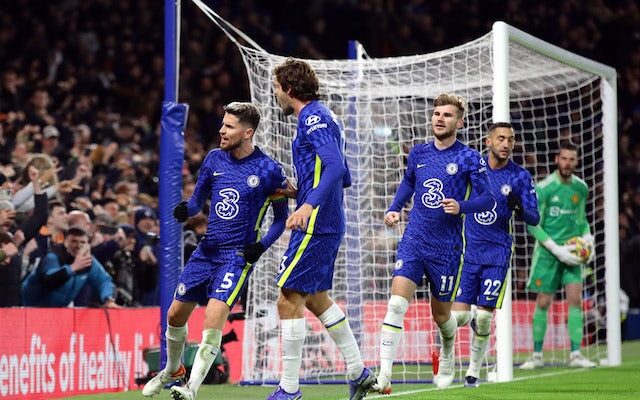 Chelsea boss Thomas Tuchel is expected to shuffle the pack for the Blues’ midweek Premier League encounter with Watford at Vicarage Road.

The league leaders are set to make do without midfield pairing Mateo Kovacic and N’Golo Kante once more, while Ben Chilwell will be sidelined for a while with an ACL tear.

Tuchel could elect to make a couple of defensive changes anyway, with Cesar Azpilicueta and Andreas Christensen pining for starts over Trevoh Chalobah and Thiago Silva.

Reece James and Marcos Alonso are unlikely to be in any danger of losing their places out wide, with Jorginho also set to hold his spot in the middle, but his partner remains up for debate.

Ruben Loftus-Cheek also played the full 90 against Manchester United, so fresh legs in the form of Ross Barkley may be required, with Saul Niguez still struggling for opportunities in the side.

Hakim Ziyech and Callum Hudson-Odoi are also at risk of the axe in midweek, with Mason Mount and Kai Havertz potentially joining the attack as Christian Pulisic makes do with a spot on the bench.

Romelu Lukaku was only fit enough for a 10-minute cameo against his old club at the weekend, but the Belgian will aim to return to the first XI in place of Timo Werner this week.