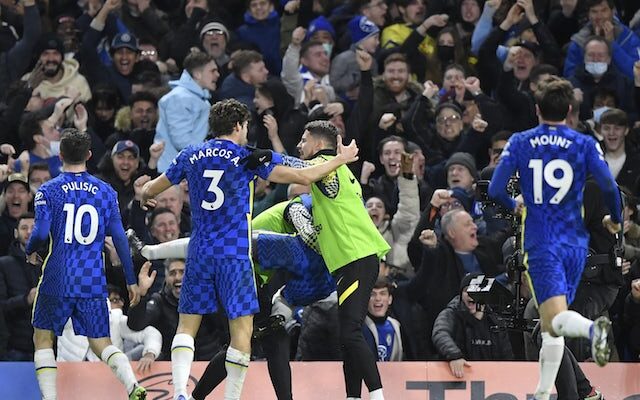 The Blues continue to make do without Trevoh Chalobah, Reece James, Andreas Christensen and Ben Chilwell due to injury, and Kai Havertz has joined them in the treatment room after suffering a suspected broken finger in the EFL Cup semi-final first leg win over Tottenham Hotspur.

Furthermore, Cesar Azpilicueta is a fresh doubt with cramp, Edouard Mendy is away on international duty, and Thiago Silva has tested positive for COVID-19 alongside N’Golo Kante.

Marcus Bettinelli should be handed an opportunity in goal as Kepa Arrizabalaga drops to the bench, but Malang Sarr will likely keep his spot in the backline alongside youngsters Xavier Mbuyamba and Sam McClelland.

There may be some familiar names out wide in the form of Callum Hudson-Odoi and Christian Pulisic, while youngster Lewis Hall could find himself alongside Ruben Loftus-Cheek in the middle.

Ross Barkley and Harvey Vale will likely battle for the number 10 spot at the weekend, but Saul Niguez is another option as he looks to finally kickstart his Chelsea career.

It would not be surprising to see Jude Soonsup-Bell lead the line against the non-league side, and Timo Werner could join him as the German looks to work his way back to full fitness.