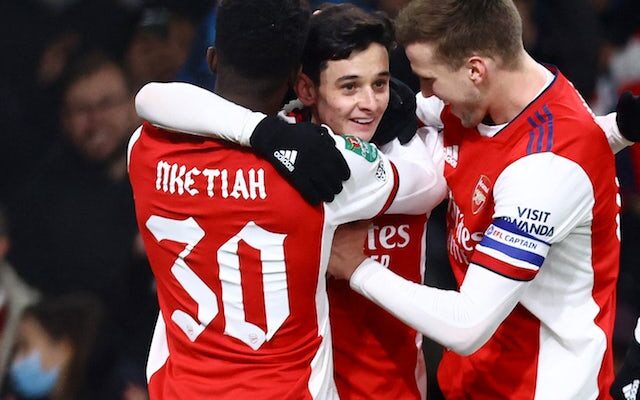 Arsenal will be without their four Africa Cup of Nations representatives for Sunday’s FA Cup third-round battle with Nottingham Forest at the City Ground.

Thomas Partey, Nicolas Pepe, Mohamed Elneny and Pierre-Emerick Aubameyang are all away on international duty, but the latter has now tested positive for coronavirus again.

Gabriel Magalhaes and Sead Kolasinac are set to miss out due to suspension and injury respectively, while Calum Chambers and Eddie Nketiah are still doubts due to COVID-19.

Bernd Leno ought to earn a rare start in goal over Aaron Ramsdale here, as Rob Holding deputises for the banned Gabriel in defence alongside Ben White.

Cedric Soares and Nuno Tavares can feel hopeful of earning starts in the full-back areas, with Chambers potentially on his way out of the club in January anyway.

Mikel Arteta will receive plenty of calls to hand Charlie Patino his full debut on Sunday, and the 18-year-old could very well be granted it as Martin Odegaard enjoys a rest.

An incredibly youthful attack should also see Bukayo Saka and Emile Smith Rowe feature out wide, while Gabriel Martinelli could spearhead the attack if Nketiah misses out once more.