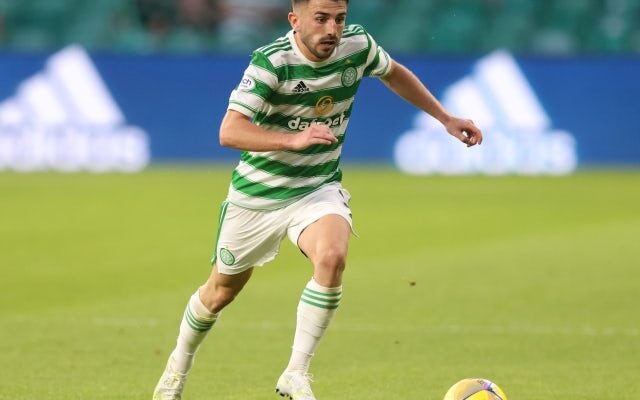 Celtic left-back Greg Taylor has extended his contract with the Glaswegian giants until the summer of 2025.

The Scotland international, who joined the Hoops from Kilmarnock in 2019, announced his new deal on his 24th birthday.

Speaking to Celtic TV, Taylor said: “It’s a nice day for myself and my family. I was desperate to extend my contract with the club, I’ve loved my two years since I’ve been here and hopefully I can continue that now.

“I enjoyed it certainly at the start of the season and had a good two or three months under the new manager and loved it. I really enjoy his way of playing and I feel it suits my game, coming inside. It’s definitely something I’ve enjoyed and something I can’t wait to get back out and be a part of.

“It’s just nice that the manager rewards you for what he believes you’ve done previously and it’s hopefully a relationship we can continue in the not-too-distant future.”

Celtic head coach Ange Postecoglou has also expressed his delight for Taylor committing his long term future to the club, stating: “I am delighted that Greg has extended his contract with the club. He has had an excellent start to the season and has made a really valuable contribution to the team.

“Unfortunately he has suffered the injury in recent weeks, but our focus and his, is now to get him back in the squad as soon as possible, have him pick up where he left off and playing at that same high level.”

Taylor, who has made 60 appearances across all competitions for Celtic, is the second player to have signed a new deal with the club this week, after Anthony Ralston put pen to paper on a four-year extension on Wednesday.