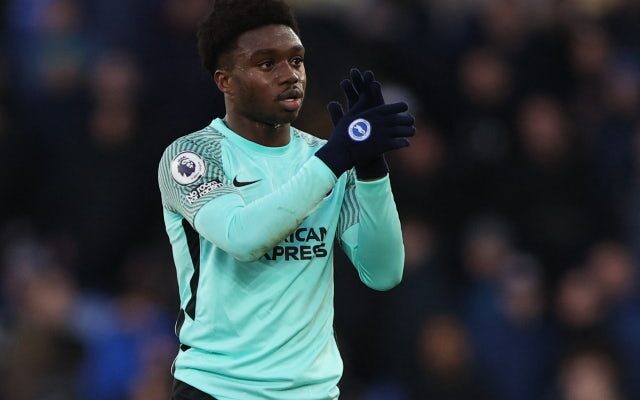 Brighton & Hove Albion manager Graham Potter has ruled out the prospect of Tariq Lamptey leaving the club amid links with Arsenal and Tottenham Hotspur.

The right-back burst onto the scene on the South Coast in the 2020-21 season before a serious hamstring injury ruled him out for several months.

Lamptey has since returned to action and is believed to be on the radar of both Arsenal and Spurs, but Potter has no intention of allowing the former Chelsea starlet to head elsewhere.

Speaking to reporters at a press conference, Potter said: “I’d expect all of our players to be with us [at the end of the window]. There’s a lot of speculation out there but nothing to report.

“The fact that there is speculation out there means you are doing something quite well. And as a club you can be okay with that type of speculation. You never know what the window brings in terms of whether anything comes from the outside, which you have to factor in.

“We’re not a selling club at all, we don’t have to sell anybody. But you never know in this world, so you have to be a little bit aware of that.”

Lamptey boasts one goal and five assists from 32 games in a Brighton shirt and is under contract at the Amex Stadium until 2025.