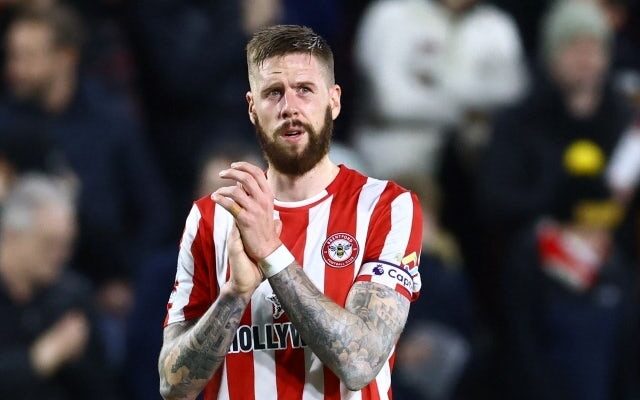 Brentford currently have five players entering the final six months of their contract, allowing them to now talk with European clubs about a potential move.

The group would be eligible for free transfers when all of their deals expire on June 30, although Brentford do have the option to retain a couple of them.

Club captain Pontus Jansson is one name that only has months left, with the Swedish international having been a key part of the squad this season, playing every single game in the Premier League.

However, the Bees do have the ability to extend his deal by another year if they wish, which is the same situation for fellow centre-back Mathias Jorgensen.

Two more defenders that are able to talk with European clubs are Julian Jeanvier and Dominic Thompson, but the club have no option to extend their contracts.

Meanwhile, goalkeepers Jonas Lossl and Alvaro Fernandez will also see their deals expire on June 30, but Brentford can sign both of them on permanent deals at the end of the season.