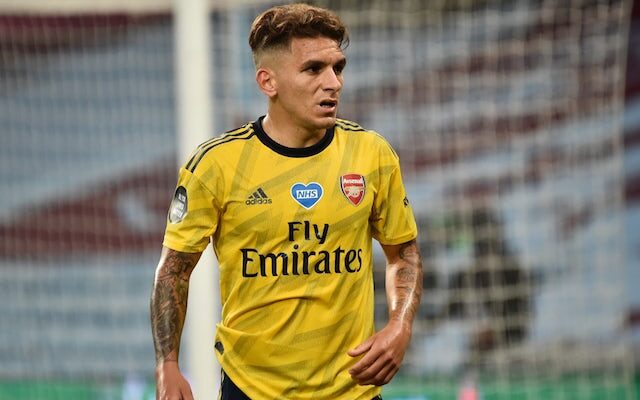 Fiorentina reportedly have every intention of signing Arsenal midfielder Lucas Torreira on a permanent deal in 2022.

Having pushed for a return to Serie A, Torreira got his wish when Arsenal negotiated a season-long loan agreement with Viola earlier this year.

Since then, the 25-year-old has been provided with 15 appearances in Italy’s top flight, Torreira helping keep Fiorentina in the mix for a return to Europe.

According to journalist Nicola Schira, club officials have already put plans in place to retain the Uruguay international on a full-time basis.

Fiorentina have negotiated a £13m fee with the Gunners, and activating that option in January or at the end of the season will suit all parties.

Despite the prospect of parting ways with Torreira for half of the £26m fee that they shelled out in 2018, Arsenal have previously recouped further portions of that figure through loan fees.