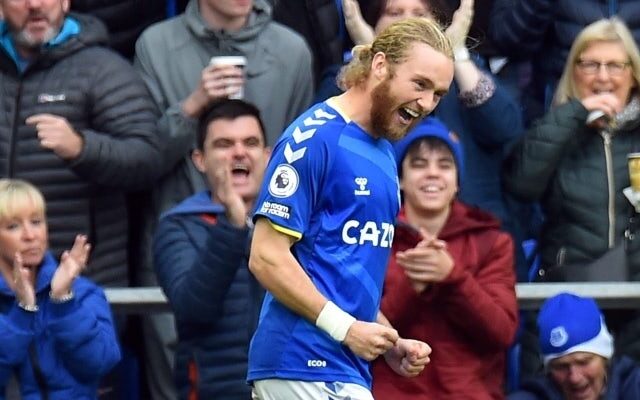 Everton have confirmed that midfielder Tom Davies has suffered a fresh injury blow.

The Toffees have been dealing with a lot of fitness issues throughout the season, and that is continuing into the new year as the 23-year-old has suffered an issue with his tendon.

Davies has been out since November as he suffered a knee issue against Tottenham Hotspur, but towards the end of the year he has had another blow, this time to his hamstring.

‘Investigations revealed a high-grade tendon injury that required surgical intervention. The procedure was carried out in London on Tuesday,’ Everton revealed in a statement on the club website.

‘Davies, who has scored one goal in seven appearances this season, will return to USM Finch Farm to work towards his comeback under the care of Everton’s medical staff.’

It is currently unknown when the midfielder will be able to make his return to the squad, but he will not feature in Saturday’s fixture against Norwich City.