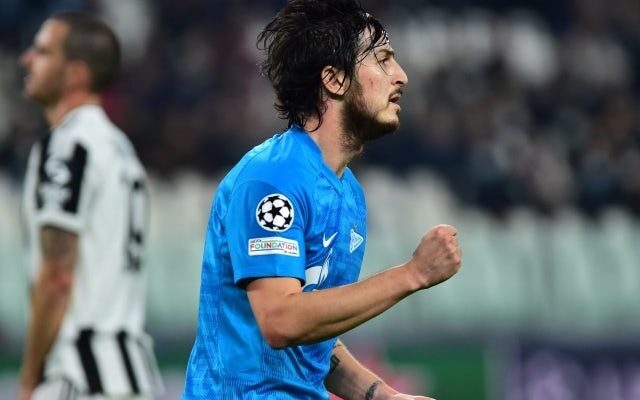 Everton are reportedly set to try and sign Sardar Azmoun in the upcoming January transfer window.

The Iranian international is out of contract with Zenit St Petersburg in the summer, which means he will be available for free, however, the club could be set to cash in on him before that.

According to 90min Everton are now set to join a number of other teams across Europe in a bid to try and secure the striker in the next transfer market.

Previously Tottenham Hotspur had attempted to sign Azmoun, who has already scored nine times this season, but the deal never ended up going through.

Rafael Benitez has had to work without Dominic Calvert-Lewin for the majority of his first campaign in charge, with the owners having publicly backed him recently, despite their poor form.

Everton currently sit 15th in the league with the Toffees having failed to win in their previous eight fixtures.