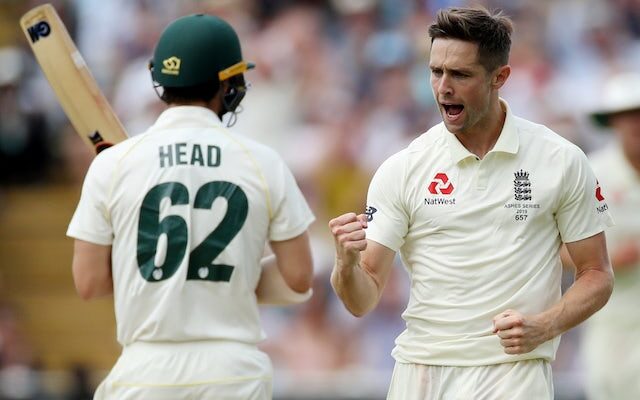 Australia reach the close of play on day one of the fifth Ashes Test on 241-6, Travis Head spearheading a recovery with another century.

After winning the toss ahead of the day-nighter in Hobart, a much-changed England took full advantage of the morning conditions to reduce Australia to 12-3.

Ollie Robinson and Stuart Broad starred with the ball as David Warner (0), Usman Khawaja (6) and Steven Smith (0) were all removed within the first 10 overs.

However, Marnus Labuschagne steadied the ship with a knock of 44 before the recalled Head took centre stage, hitting 101 off just 113 balls before being dismissed by Chris Woakes.

Cameron Green had also got in on the act before holing out to Zak Crawley off the bowling of Mark Wood for 74, the final significant moment before rain brought an early halt to play.

While the game is still in its early stages, England will return on Saturday aware of the significance of removing Australia in the opening two hours, preferably removing the tail before the hosts move past 300.