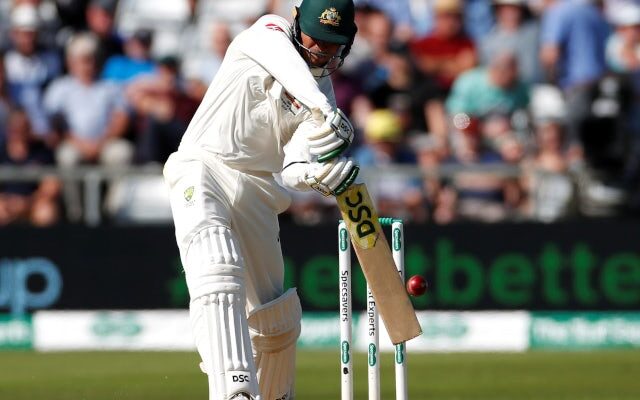 England have been left facing a battle to save the fourth Ashes Test after Usman Khawaja hit another century for Australia on day four.

During the morning session, England were eventually dismissed for 294, Jonny Bairstow reaching 113 and a lively 15 from Stuart Broad leaving the tourists facing a 122-run deficit.

England needed to impress with the ball and they did just that, reducing Australia to 86-4 with Mark Wood and Jack Leach taking two wickets apiece.

However, Khawaja, who also posted a ton in the first innings, and Cameron Green then took centre stage, the pair putting on 179 runs for the fifth wicket to take the game away from their opponents.

Green contributed 74 runs before Leach picked up his third wicket, the spinner’s fourth dismissal arriving the very next ball to remove Alex Carey.

With Khawaja having already compiled a superb 101 from 138 balls, however, Pat Cummins made the decision to declare, putting England into bat for the final hour of the day.

Unlike they have done in previous Tests, the openers survived Australia’s barrage with the new ball, Zak Crawley (22*) and Haseeb Hameed (8*) keeping their team’s hopes of a draw very much alive.