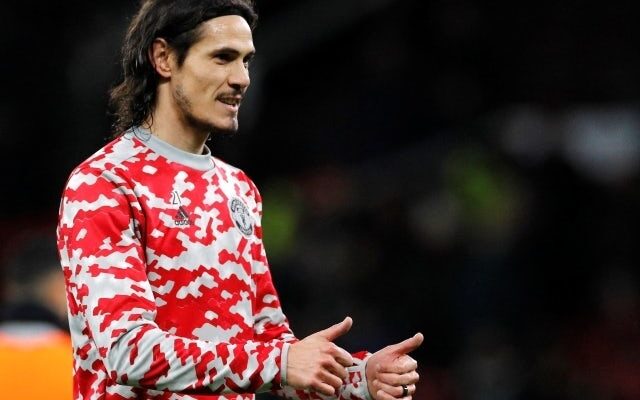 Manchester United striker Edinson Cavani has ruled out leaving the club in the January transfer market.

There has recently been some transfer rumours linking the experienced forward with a move to Barcelona this month, but it appears that will not be the case.

The Uruguay international has made eight appearances within the Premier League this season, and interim manager Ralf Rangnick has now confirmed he will be at the club until at least the summer.

“I told him that if it was up to me I would want him to stay, and I had a conversation with him. We spoke for almost half an hour, and he told me he will definitely stay, and would want to stay until the end of the season,” Rangnick told the press.

“Not only because I told him that he should stay or has to stay, he did it on his own behalf, and he told me that I can rely on him to stay until the end of the season and give his very best.”

Manchester United will be in action on Monday in the third round of the FA Cup when they compete against Aston Villa.