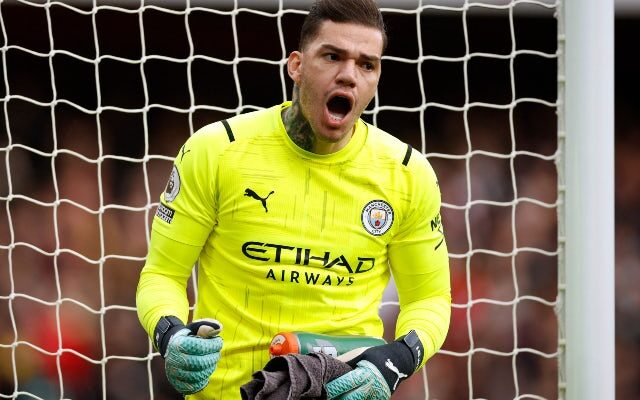 The Brazilian goalkeeper had only one save to make as the reigning champions extended their lead at the top of the table following Kevin De Bruyne‘s strike against his former club.

In doing so, the 28-year-old has also made Premier League history as the only goalkeeper to keep clean sheets in 50% of his top-flight appearances having played 100 games in the competition.

Ederson can boast 83 clean sheets from 166 Premier League games with Pep Guardiola‘s side, winning the Golden Glove award in both the 2019-20 and 2020-21 seasons.

Man City have now moved 13 points clear of second-placed Chelsea at the summit, with Liverpool 14 points behind having played two games fewer.