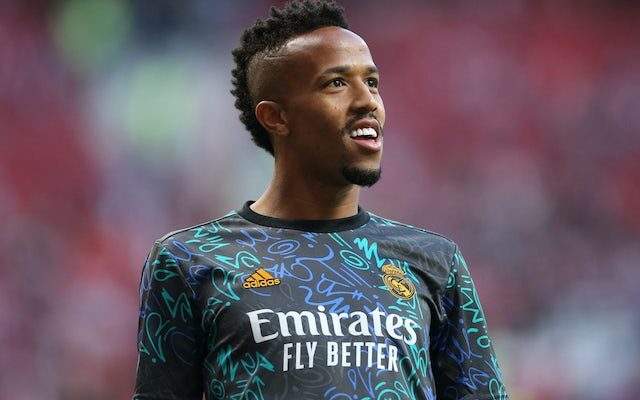 Following his arrival from Porto in 2019, Militao only started 23 La Liga games across his first two seasons at Real Madrid, but he has since become a regular fixture in Carlos Ancelotti‘s side

The defender began 34 league games for Real Madrid last season following the departures of Sergio Ramos and Raphael Varane in the summer of 2021.

After helping Real Madrid win the La Liga title and the Champions League in the 2021-22 season, according to transfer expert
Fabrizio Romano, Militao is set to be rewarded with a new contract.

Real Madrid are preparing all documents for Éder Militão new contract, to be valid until June 2028. It’s verbally agreed since July, waiting for club to proceed with the official communication. ⚪️🇧🇷 #RealMadrid

Release clause expected to be €1B in Real Madrid plan. pic.twitter.com/de9MRoeWAy

The Brazilian’s current deal expires in three years, but he is expected to sign an extension that will keep him at the club until 2028.

Real Madrid still need to officially announce the new contract, which is believe to contain a €1bn (£877m) release clause.