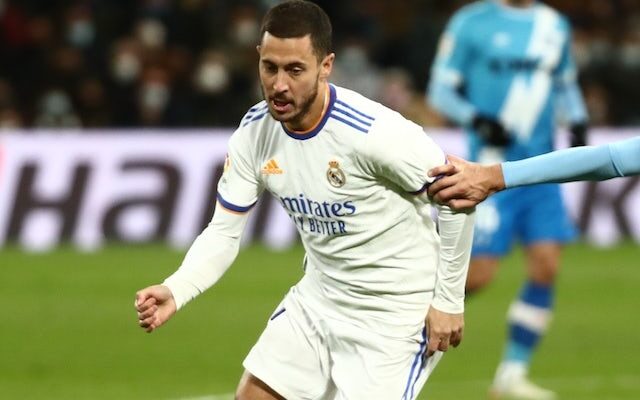 Real Madrid attacker Eden Hazard will not be available for Sunday’s La Liga clash with Sevilla.

The 30-year-old has missed his team’s last two matches against Granada and Sheriff Tiraspol through illness but has been training ahead of the clash with Julen Lopetegui‘s team.

Hazard was expected to be back in the squad against Sevilla, but Los Blancos boss Carlo Ancelotti said on Saturday that the Belgium international would not be available for selection.

The attacker’s future at Bernabeu continues to be called into question, but the Real Madrid manager has insisted that the Belgian is “doing everything he can” to prove himself at the club.

“I am not in his head but what I see is that he is a player who has had bad luck and wants to come back to do his best for this team,” Ancelotti told reporters.

“He has always had the dream of playing for Real Madrid. The important thing is that in these moments is to hang in there. If you want something everything will work out and he’s doing everything he can.”

Hazard has failed to score and provided just one assist in 11 appearances for Los Blancos this term.