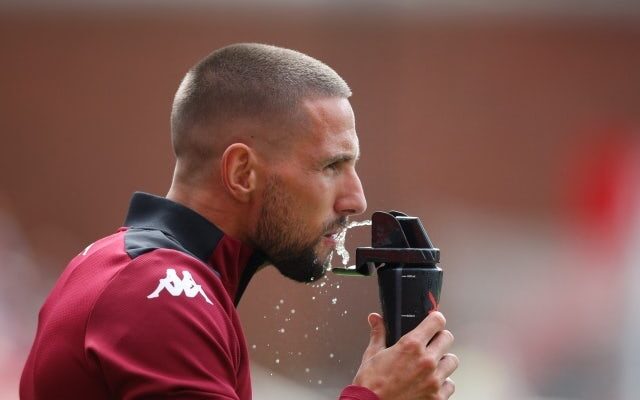 Dean Smith is reportedly interested in signing Conor Hourihane as one of his first deals as the new Norwich City manager.

The former Aston Villa boss has taken over at Carrow Road, replacing Daniel Farke just over a week after he himself was sacked by his former club.

Smith will now be looking to recruit new players in the upcoming January transfer market as he prepares to try and guide the Canaries out of the relegation zone.

According to Football Insider, he would like to sigh Hourihane and reunite with the midfielder that he previously worked with at Aston Villa.

At the moment he is on loan with Sheffield United but has only featured twice so far this season, which could lead to a new deal being agreed until the end of the campaign.

Hourihane’s contract with Aston Villa is set to come to an end in summer, and he is not expected to sign a new deal with Steven Gerrard‘s club.