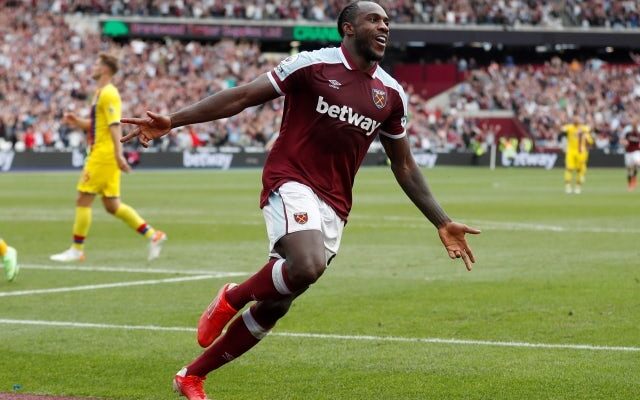 The Hammers are preparing to lock horns with the Premier League champions at the Etihad Stadium, and could move level on points with Pep Guardiola‘s side in the top four if they were to secure all three points.

Antonio, who scored in both fixtures against Man City last season, has found the net six times in 11 top-flight matches this campaign, and Moyes is hoping that the Jamaica international and the rest of his squad will make life difficult for the Citizens once again this weekend.

“Mich will probably cause them different problems than Messi would do, but I think Manchester City have shown exactly what they are,” Moyes said to the press on Friday.

“Everybody is trying to aspire to play like Man City, be at their level, but that takes time, you cannot do that immediately.

“Even Manchester City have not done it immediately, they have taken a long period over it, but they have got a great team and great manager as well.”

Moyes added: “We have challenged the top teams. We got a result against Liverpool, so I want to see if we can compete against them and make things difficult for the big sides.”

West Ham have already had success against Man City this campaign, winning 5-3 on penalties in the fourth round of the EFL Cup, following a goalless draw at the London Stadium in October.