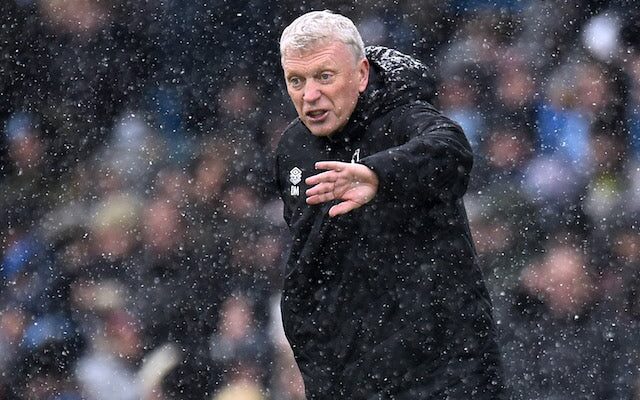 David Moyes has revealed that West Ham United will look to prioritise signing a centre-back in the January transfer window, following injuries sustained to Angelo Ogbonna and Kurt Zouma.

Ogbonna underwent surgery on a knee ligament rupture last month and has been ruled out for the rest of the season, while Zouma has begun his rehabilitation program for a hamstring injury sustained last weekend and he could be sidelines for up to two months.

Moyes has admitted that the Hammers intended to recruit a forward in the winter window, but their plans to provide more competition for Michail Antonio may now have to take a backseat while they search for defensive reinforcements.

“We’ve picked up a few injuries to some defenders so that could make us look differently,” Moyes said to the press.

“I think we had hopefully been looking to add a forward player but we had a problem with that even in the summer window, where we were trying but there was nothing there and that’s not to say there would be anything there in January.

“So I think it will mean that we have to start maybe considering looking for a defender if possible but we will see how it goes because there’s nothing decided yet.”

Moyes added: “If we could get one, would I try and get him early? Yes I would. But the truth is we might not get one or might not get what we want. I will need to try and balance exactly what would be best for us.

“I’ll see what we think the recovery time of players coming back is as well, that could have an influence on whether we need to take somebody immediately or if we think we can wait a bit later in January.”