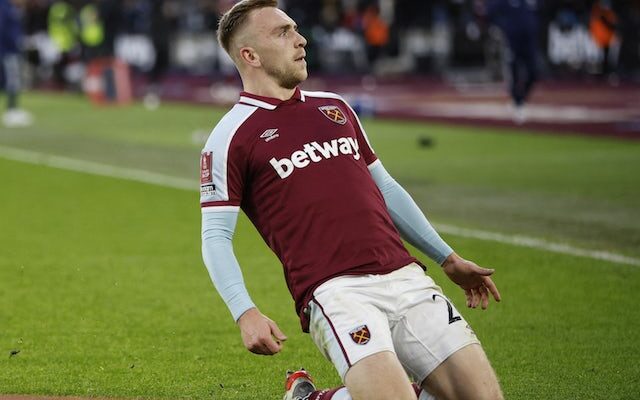 Moyes was speaking after Bowen netted both goals during the Hammers’ 2-0 victory over Norwich City in the Premier League on Wednesday night.

The 25-year-old has contributed five strikes and seven assists in the top flight this season, helping West Ham into fourth position in the standings.

Speaking after the game at the London Stadium, Moyes told BBC Radio 5 live: “It’s Gareth [Southgate] who makes the decisions and Gareth has picked really well over the last few years. I think he is knocking on the door because he’s beginning to score and is getting assists.

“But the competition to get in the England team – especially those wide areas – is incredible. It’s a really difficult job to get in the team but he’s doing a great job for West Ham and that’s what I’m interested in.”

In his last six outings in all competitions, Bowen has chipped in with four goals and three assists, completing the 90 minutes in each game played since December 22.