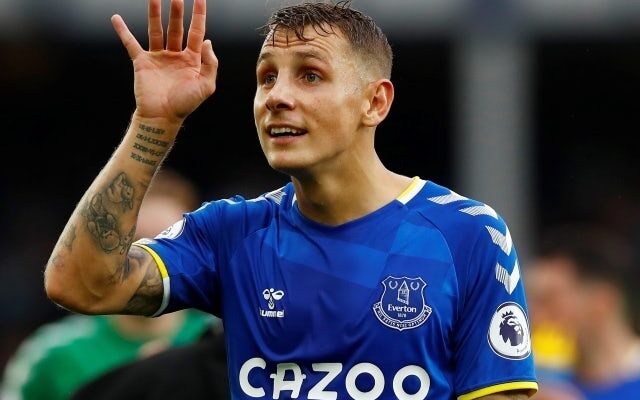 Chelsea are reportedly yet to decide whether to meet Everton‘s £30m valuation of Lucas Digne.

The Frenchman has told the Toffees that he wants to leave the club during the January transfer window, and a number of clubs, including Chelsea, have been credited with an interest.

The Blues are believed to have identified the 28-year-old as the ideal mid-season signing, having lost Ben Chilwell for the remainder of the campaign through injury.

However, according to talkSPORT, the European Cup holders are still unsure whether to meet Everton’s £30m asking price for the left-back.

West Ham United and Aston Villa have also been credited with an interest, but Newcastle United are allegedly not contenders for his signature despite the recent speculation.

Digne has made 15 appearances for Rafael Benitez‘s side during the 2021-22 campaign but has not featured for the Merseyside giants since the start of December.