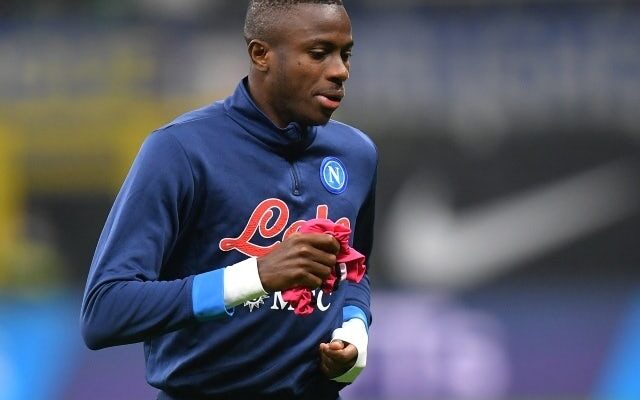 Chelsea have learned the asking price for Napoli‘s Victor Osimhen will be £66m, according to a report.

Speculation has been rife about the future of Romelu Lukaku since his controversial interview with Sky Italia was made public, with his future being linked elsewhere, which has led to an interest in the Naples forward.

Paris Saint-Germain are said to be interested in the Belgian striker, although he has publicly pledged his commitment to the Blues, and has started the past two matches under Thomas Tuchel.

However, El Nacional have reported that Napoli’s Osimhen is being valued at £66m by his current club.

The 23-year-old is currently contracted to the Italian outfit until 2025, which is why he is being valued so highly, with the striker having scored five times in Serie A this season.

Chelsea will be back in action on Wednesday when they face Tottenham Hotspur in the second leg of their EFL Cup semi-final, where they already boast a 2-0 advantage.