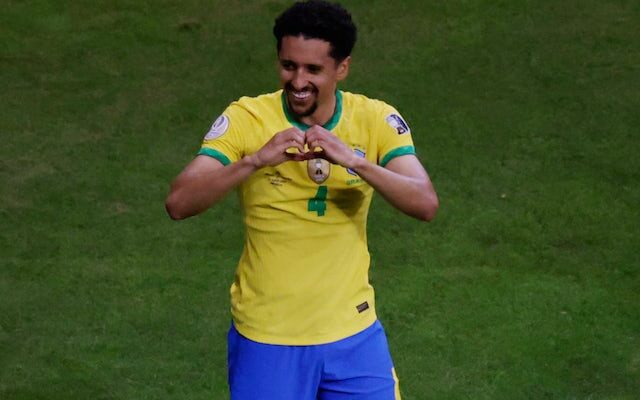 The Blues were strongly linked with the Brazil international over the summer, but the transfer window closed with the 27-year-old remaining in the French capital.

Marquinhos recently claimed that Chelsea were blocked from holding transfer talks with him, as PSG were not prepared to sell their captain in the recent window for any amount of money.

According to Fichajes, the Champions League holders remain interested in the centre-back amid the uncertainty surrounding the futures of Antonio Rudiger and Andreas Christensen.

As it stands, both Rudiger and Christensen will be out of contract next summer, while Cesar Azpilicueta also only has little over six months left to run on his deal at the club.

Marquinhos has again been a key player for PSG during the 2021-22 campaign, scoring three times and providing one assist in 16 appearances in all competitions.