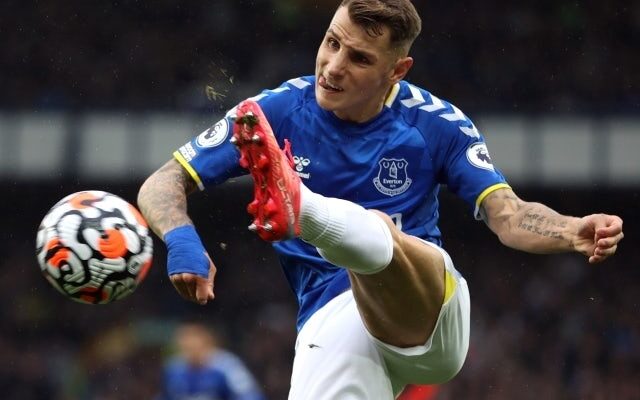 Chelsea have reportedly made contract with the representatives of Lucas Digne to discuss a move for the Everton defender during the January transfer window.

The Blues are expected to sign a new left-back at the start of 2022, having lost Ben Chilwell for the remainder of the season due to a knee operation.

According to Italian journalist Fabrizio Romano, Thomas Tuchel‘s side have already made a ‘first approach’ for the France international, who is preparing to leave Everton next year.

Digne has been a key player for the Toffees since his arrival from Barcelona in August 2018, making 127 appearances in all competitions, contributing six goals and 20 assists in the process.

The 28-year-old has also made 15 appearances for his Merseyside club this season but has not featured since the start of December amid suggestions of a fall out with head coach Rafael Benitez.

Digne – also linked with Newcastle United – only signed a new long-term deal at Goodison Park in February and is contracted to Everton until June 2025.