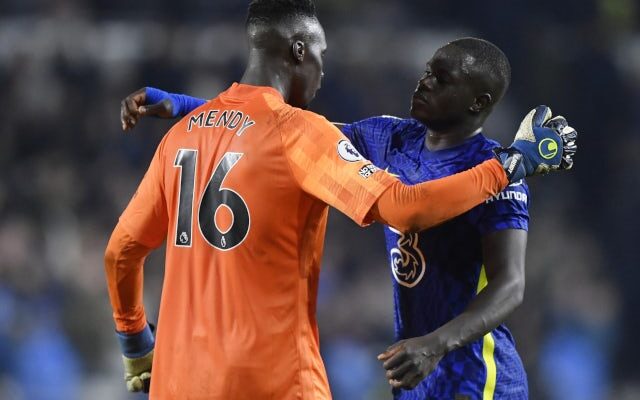 Chelsea are reportedly preparing to offer Edouard Mendy a new and improved contract at Stamford Bridge.

The 29-year-old has proved to be an inspired signing for the Blues, keeping 36 clean sheets in his 63 appearances for the capital giants since arriving from Rennes in September 2020.

Mendy’s contract with Chelsea is due to run until June 2025, but according to Football Insider, he is a low-earner at the club in relation to his teammates.

The report claims that the Champions League holders are keen to reward the goalkeeper for his excellent performances and will soon be offering him an improved contract.

Mendy, who is believed to earn in the region of £60,000 a week at Stamford Bridge, has kept 11 clean sheets in 19 appearances for Thomas Tuchel‘s side during the 2021-22 campaign.

The Senegal international has also played a leading role in Chelsea sitting at the top of the Premier League, conceding just six times in 13 appearances, keeping seven clean sheets in the process.