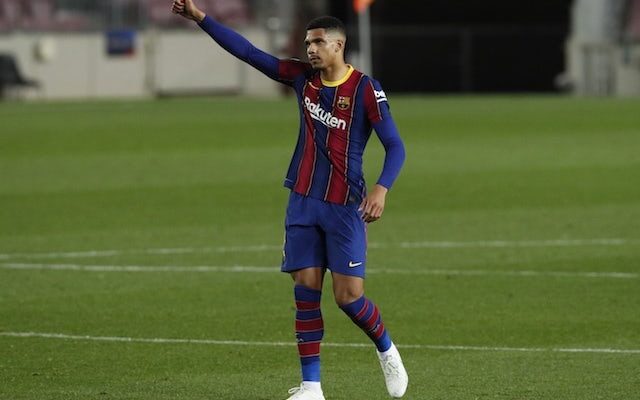 Barcelona defender Ronald Araujo has reportedly emerged as a transfer target for Chelsea.

The 22-year-old joined Barcelona from Uruguayan club Boston River in 2018 and has made 52 first-team appearances for the Catalan outfit in all competitions.

Araujo has been an important player for his La Liga club this season, making 13 appearances, and Xavi‘s team are believed to be keen to sign him to a new long-term contract.

However, discussions over a fresh deal are not thought to be advanced, and the Uruguay international’s current terms at Camp Nou are due to expire in June 2023.

According to Mundo Deportivo, a number of clubs are keeping a close eye on the situation, with the defender’s agent receiving ‘very interesting’ offers for his client.

The report claims that Chelsea are expressing an interest in the South American, with the Blues believing that he has the credentials to thrive in English football.

Thomas Tuchel‘s side could be in the market for at least one new centre-back next summer due to the uncertainty surrounding the futures of Antonio Rudiger, Cesar Azpilicueta and Andreas Christensen..