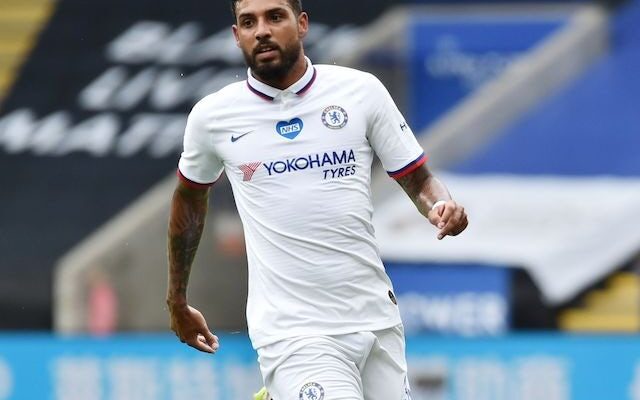 Chelsea head coach Thomas Tuchel has praised the qualities of Emerson Palmieri as he contemplates how to replace the injured Ben Chilwell.

With Chilwell expected to miss the rest of the campaign due to a serious knee injury, Tuchel has acknowledged that the Blues are in the market for a replacement.

Palmieri has impressed during his loan period at Lyon, making a total of 19 appearances in all competitions, and the French outfit are against sending the Italy international back to Stamford Bridge.

Lyon are said to hold the rights to any decision made over Palmieri’s future in January, but Tuchel has hinted that negotiations may take place regarding the player returning to West London.

Speaking to reporters at a press conference, Tuchel said: “I will not give you any details on that, but I will not hide from the fact that we have a long-term injury with Ben Chilwell who will miss the whole season.

“Of course, we know Emi, we appreciate Emi as a player and as a person in general. He had such a huge influence, although he did not have a lot of minutes, because he is a top guy, top professional, and he is still a Chelsea player.

“But it is not just what I wish for. We need to evaluate the situation, but we are looking into it, this position, and Emi is one of the options, and I will not comment further.”

Everton’s Lucas Digne and Barcelona’s Sergino Dest are alternatives if any discussions with Lyon are unsuccessful.