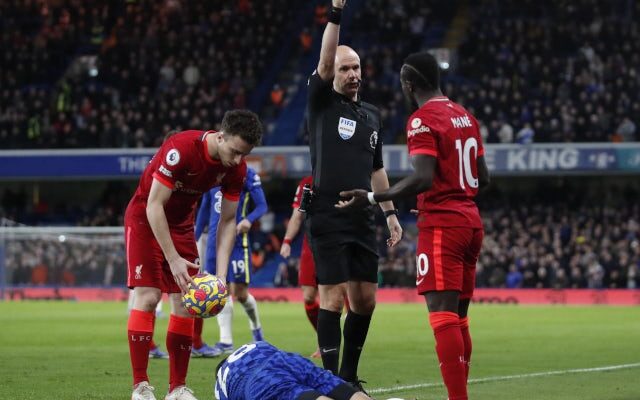 Chelsea head coach Thomas Tuchel has claimed that Liverpool winger Sadio Mane should have been sent off for an early elbow on Cesar Azpilicueta.

Within six seconds of kickoff, the two players challenged for a high ball on the touchline with Mane being handed a yellow card for catching the Chelsea wing-back in the face.

However, Tuchel, as well as his captain, felt that Mane was fortunate to stay on the pitch, while the Blues boss also questioned the decision to check Mateo Kovacic‘s wonder goal after two VAR decisions went against his team during Wednesday’s draw with Brighton & Hove Albion.

Speaking to Sky Sports, Tuchel said: “If you remember the first game with the same referee and how quick it was to give a red card to us, I am not a friend of early red cards.

“I hate to say it because I love Mane and he is a nice guy and top player, but it is a red card. The elbow is in the face – it doesn’t matter if you do this after 20 seconds or 20 minutes. We come from a game against Brighton where we miss VAR calls in the box and suddenly VAR is checking a goal against Kovacic.”

Chelsea found themselves 2-0 down at Stamford Bridge before Kovacic and Christian Pulisic netted before half time to earn the West Londoners a deserved point.