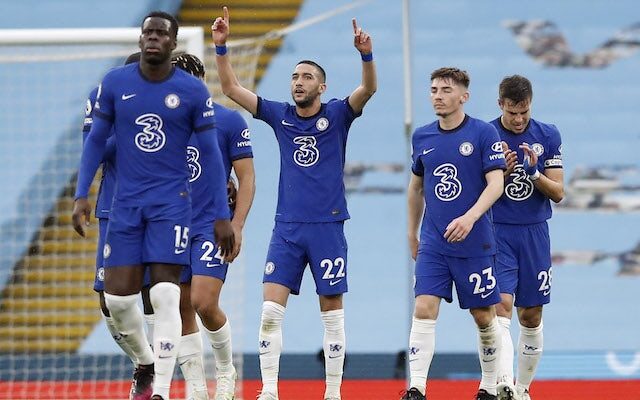 Chelsea head coach Thomas Tuchel has reiterated that Hakim Ziyech is an important member of his squad at Stamford Bridge.

The 28-year-old has endured a mixed spell with the Blues, making a total of 31 starts and 18 substitute appearances in all competitions since his arrival last year.

Over recent weeks, it has been claimed that Chelsea are open to allowing the playmaker to go out on loan during the January transfer window.

However, when addressing the speculation on Friday, Tuchel has suggested that the Morocco international would not be departing West London at the beginning of 2022.

The German is quoted by The Independent as saying: “There are no thoughts about a potential change, swap deal or whatever in the winter. I have talked to nobody about that here in Cobham.

“Hakim was not in my office expressing a wish like this so right now, he is a full member of the squad.

“He is an important guy, a very talented guy, a very ambitious guy, and he’s a full part of our squad. He was last season, he is this season and we expect the very best of him all the time.”

Borussia Dortmund and Barcelona have been credited with an interest in Ziyech.