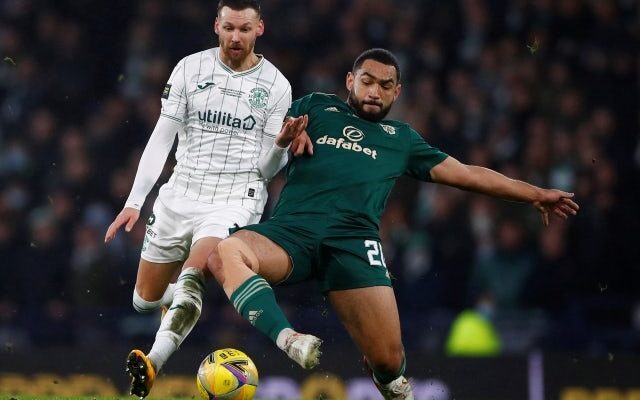 Celtic head coach Ange Postecoglou has revealed that he is keen to sign centre-back Cameron Carter-Vickers permanently in January.

The 23-year-old has been a key figure for the Scottish giants so far this season, making 24 appearances across all competitions since joining on loan from Tottenham Hotspur over the summer.

Carter-Vickers is believed to be valued by Spurs at around £6m, and Postecoglou is hopeful that the Hoops can reach an agreement with the Premier League outfit next month.

When asked by reporters if he would like to sign Carter-Vickers permanently, Postecoglou said: “Absolutely. I wouldn’t have brought him in if I thought it was just a short-term thing.

“All the players we have brought in, we have done so with some thought around building a team, and building a team means more than just 12 months. A lot of that depends on the player himself but those discussions will happen over the next couple of months.

“January gives us an opportunity to look at our squad again. We can have a think about what we want to do in this window and beyond.

“Part of that discussion will be around players we have on loan and seeing what decisions we want to make on them. If the players are happy here and want to stay here, we will get round to those discussions.”

Carter-Vickers, who has made only five senior appearances for Tottenham, signed a one-year contract extension with the North London club before joining Celtic on loan in August.