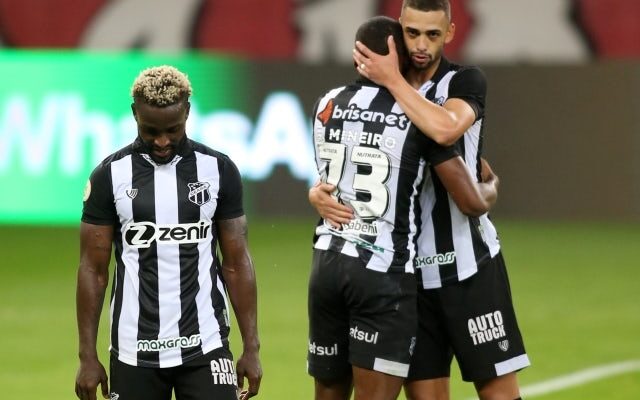 Ceara will have their sights set on breaking into a Copa Sudamericana position, but they must also be wary of dropping into the relegation playoff spot, as they currently sit one point behind 12th place and four points above 17th in the Brasileiro.

Fluminense, meanwhile, are just two points behind a Copa Libertadores qualification spot, sitting eighth as the table stands, meaning that Sunday’s clash between Ceara and Fluminense is set up to be an exciting encounter.

Ceara striker Cleber only entered the field of play in the 71st minute last time out against Bahia, but he was dismissed from the action just 12 minutes later after receiving two yellow cards and he will serve his suspension this weekend.

Buiu, Vitor Jacare and Wendson all continue to be sidelined due to injury, but that should not affect Nunes’s team selection too much having not had the trio of players available for some while already.

The home side could lineup in a 4-4-2 formation, with Vinicius leading the line alongside Jael, as Mendoza and Erick provide the width from midfield.

Both John Kennedy and Nonato are suspended for Fluminense this weekend, and they join a whole host of players who are unavailable for the visitors due to injury.

Hudson, Nino, Paulo Ganso, Gabriel Teixeira and Fred are all expected to continue to be absent from the matchday squad, though Ganso is nearing his return to action after recovering from a broken arm.

Apart from Abel Hernandez coming into the lineup in place of Kennedy, the rest of the starting team is likely to remain the same as last time, with Yago and Andre continuing in the middle of the pitch.