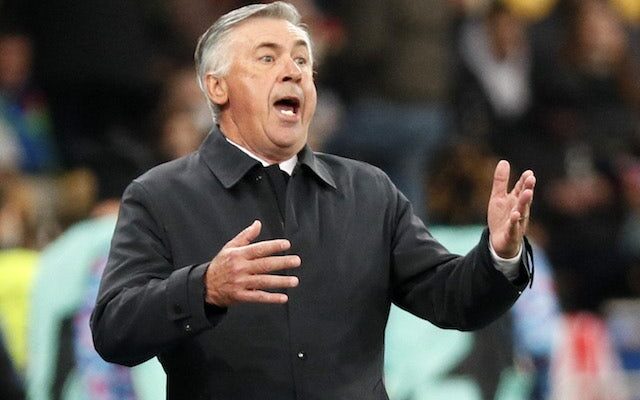 Real Madrid boss Carlo Ancelotti has refused to play down the importance of Wednesday’s Champions League clash with Shakhtar Donetsk at the Bernabeu.

Los Blancos recorded a 5-0 win when the two teams met in Ukraine last month, with the result leaving the Spanish giants second in Group D, level on points with leaders Sheriff Tiraspol.

Ancelotti has admitted that a lot will depend on the outcome in Madrid, and the Italian is confident that his side will approach the contest with the correct mentality.

“We know the opposition well. Winning this game at a key moment in the group would mean a lot,” Ancelotti told reporters.

“Winning or losing [on Wednesday] would change a lot. If we lose, we need to win the last two games; winning would put us close to achieving our goal. This team doesn’t tend to fail mentally in these types of games.”

Real Madrid will enter the contest off the back of a 2-1 win over Elche in La Liga on Saturday, with Vinicius Junior scoring both goals for the capital giants at Estadio Manuel Martinez Valero.