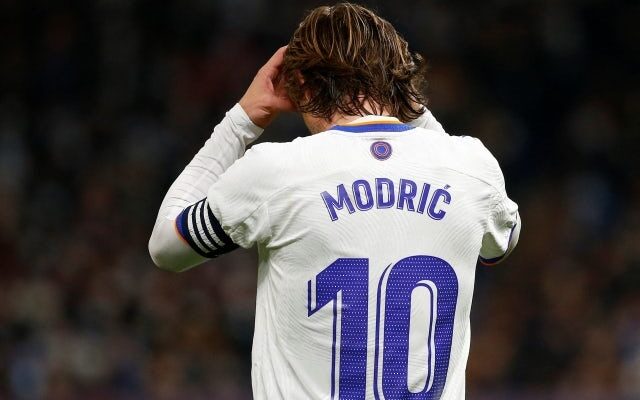 Real Madrid boss Carlo Ancelotti has said that Luka Modric “practically has a lifetime contract” with the Spanish giants amid the speculation surrounding his future.

The Croatian’s current deal at Bernabeu is due to expire this summer, and Manchester City have been strongly linked with a move for the experienced midfielder.

A recent report claimed that the Citizens had offered the 36-year-old a contract in the hope of convincing him to a return to the Premier League for the final stages of his career.

However, when asked about Modric on Tuesday, Ancelotti appeared to confirm that the midfielder will be staying at Bernabeu despite not yet officially penning a renewal.

“Luka Modric has not signed the contract renewal yet, but he practically has a lifetime contract with Real Madrid,” Ancelotti told reporters.

According to Italian journalist Fabrizio Romano, it is only a ‘matter of time’ before the La Liga leaders announce a contract extension until the end of next season.

The Croatian has provided five assists in 20 appearances at club level during the 2021-22 campaign.