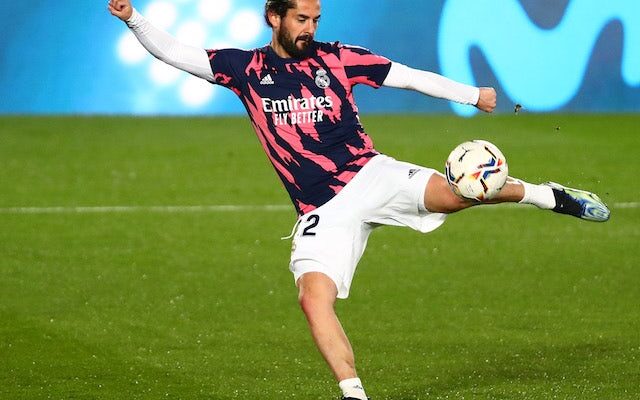 Real Madrid boss Carlo Ancelotti has insisted that there is no issue with Isco but he has not felt the need to use the Spaniard in recent matches due to the team’s success.

The 29-year-old has only featured on one occasion for Los Blancos in the league since the end of September, while he has not played a single minute of the team’s 2021-22 Champions League group-stage campaign.

Isco continues to be linked with a move away from Bernabeu, with his contract expiring next June.

Ancelotti has played down suggestions that there is an issue with the Spaniard, who has not been used in recent weeks due to the club’s winning run, which stands at seven games in all competitions.

“If something had happened then I would tell you, as I have nothing to hide, but he simply hasn’t warmed up in the last few matches because we were winning and I wouldn’t put Isco into a situation where we’re winning,” Ancelotti told reporters.

“In those situations, we needed a more defensive kind of midfielder. If we had needed a goal, I might have put a more attacking player such as Isco.”

Isco has scored 52 goals and registered 56 assists in 343 appearances for Los Blancos since arriving at the club from Malaga in July 2013.