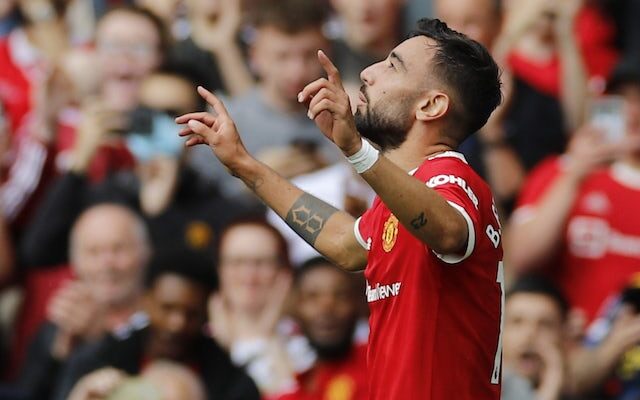 Manchester United will have to make do without Bruno Fernandes for Thursday’s Premier League encounter with Burnley at Old Trafford.

The Portugal international featured from the first whistle and played the full 90 minutes at the Red Devils drew 1-1 with Newcastle United on Monday night.

However, Fernandes’s yellow card for dissent in the 66th minute marked his fifth caution of the league season, and as a result he will serve a one-match ban this week.

The former Sporting Lisbon man failed to record a goal or assist for the third Premier League game in a row on Monday and only boasts one strike from his last seven top-flight outings.

Ralf Rangnick’s side also lost Scott McTominay to injury in the draw with Newcastle, while Paul Pogba is also expected to spend another couple of weeks on the sidelines.

Man United’s draw on Monday leaves them seven points adrift of the top four with two games in hand on Arsenal, and Gary Neville blasted the Red Devils players as “whingebags” during the encounter with the Magpies.