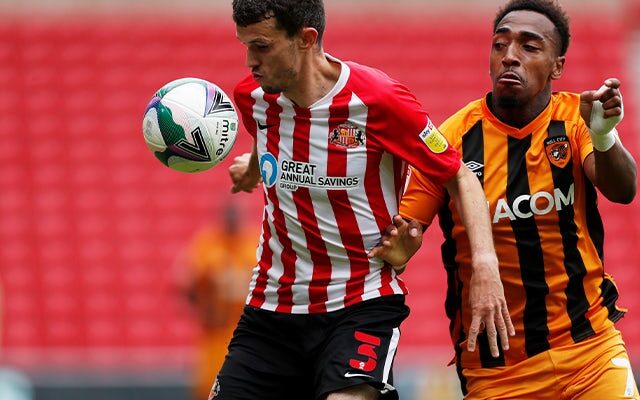 Bristol City, Middlesbrough and Preston North End have all reportedly prepared to battle for the signature of Sunderland centre-back Tom Flanagan.

The Northern Ireland international has featured in 14 of his side’s 15 League One outings so far this season, and he sees his current deal at the Stadium of Light expire in the summer.

According to Football Insider, the trio of Championship clubs have all declared their interest in the defender and are prepared to battle to capture him at the end of the campaign.

Should he fail to agree an extension with the Black Cats, the 30-year-old would be free to discuss pre-contract terms with other clubs after the turn of the year, and he is said to be assessing all of his options before coming to a decision, especially considering the Black Cats’ current slump in form in their pursuit of promotion to the Championship.

Since arriving from Burton Albion in 2018, Flanagan has featured 103 times for Sunderland, while also earning 10 caps for his country.