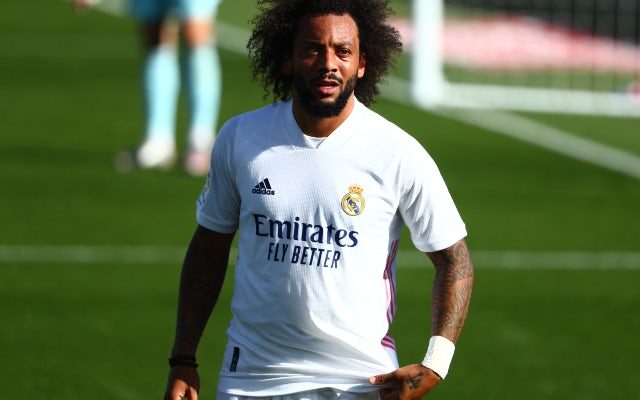 Botafogo are reportedly at the head of the queue to sign Real Madrid‘s Marcelo on a free transfer.

The veteran left-back will be out of contract at the Bernabeu next June and is unlikely to pen an extension, with the Brazilian preparing to end his 15-year spell with the club.

According to Torcedores, Botagogo are currently leading the race for the 33-year-old and are confident of securing his signature at the end of the 2021-22 campaign.

The report, though, claims that Marcelo’s wage demands are currently an issue, so the defender would need to accept a reduction in salary to make the move.

Fluminense are also said to be exploring the possibility of re-signing the 58-time Brazil international next year.

Marcelo came through the youth system at the Brazilian outfit before representing their first team on 30 occasions ahead of a move to Real Madrid in January 2007.