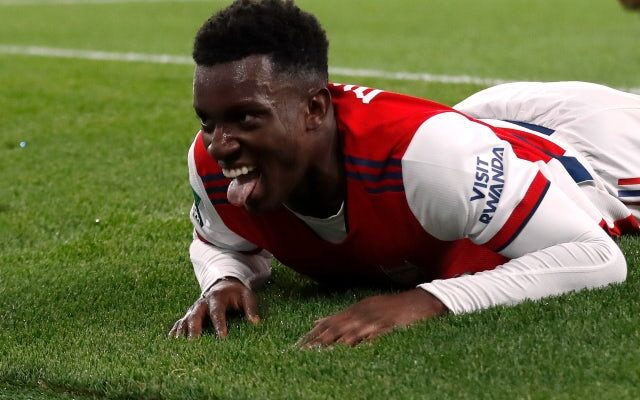 The Englishman has been restricted to appearances in the EFL Cup this term and is still waiting for his first taste of Premier League football in the 2021-22 season.

Following his well-taken goal against Leeds United in the cup, Gunners boss Mikel Arteta revealed his desire to tie Nketiah down to a new deal, with his current one due to expire next year.

Arsenal are rumoured to be preparing a three-year contract offer for the 22-year-old, but according to The Sun, Nketiah does not expect to become a consistent part of Arteta’s plans.

The report adds that Monchengladbach could look to swoop in over the winter and agree a pre-contract agreement ahead of a free transfer in the summer window.

Nketiah has 15 goals to show from 67 appearances in an Arsenal shirt, five of which have come in the Premier League.