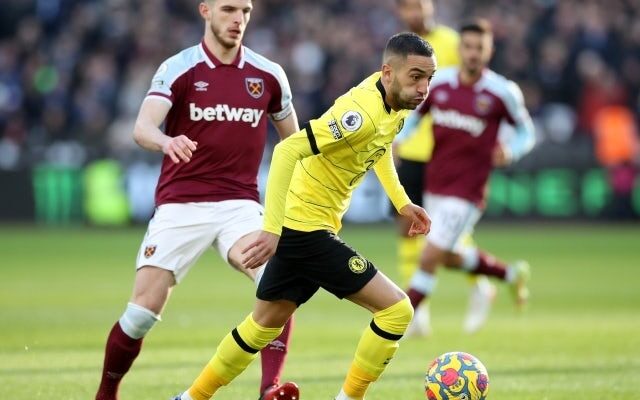 Borussia Dortmund reportedly intend on trying to secure a deal for Chelsea playmaker Hakim Ziyech during the January transfer window.

During a season where he has been hampered by injury, Ziyech has still made 11 starts and five substitute appearances in all competitions.

However, speculation persists that the Moroccan is frustrated with a perceived lack of game time during the first half of the campaign.

According to Bild, the 28-year-old is ‘not satisfied’ with his situation at Stamford Bridge and is prepared to entertain a move away from the Blues.

Dortmund have allegedly identified Ziyech as their priority target for January as they bid to keep pace with Bundesliga leaders Bayern Munich.

Regardless of whether a permanent or loan bid is made for Ziyech, Chelsea head coach Thomas Tuchel is expected to be against parting ways with the player, who he has spoken highly of in recent weeks.