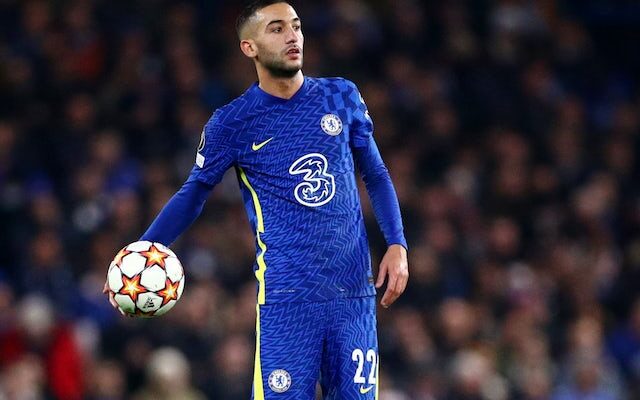 Borussia Dortmund reportedly set to fend off interest from AC Milan for the signature of Chelsea winger Hakim Ziyech.

The former Ajax man is struggling for consistent opportunities under Thomas Tuchel and has been linked with a move elsewhere in 2022.

A recent report claimed that Chelsea have no plans to let Ziyech leave next year, but the Moroccan is being tipped to end his Stamford Bridge stint regardless.

According to Calciomercato, Dortmund are confident of winning the race for Ziyech’s signature once their coffers are boosted from the expected sale of Erling Braut Haaland.

The report adds that Milan’s chances of signing the 28-year-old are now considered “low”, as Dortmund seek to complete a double swoop for Ziyech and Red Bull Salzburg’s Karim Adeyemi.

Ziyech has registered two goals and four assists from 17 appearances in a Chelsea shirt this season, and his deal in the English capital does not expire until 2025.