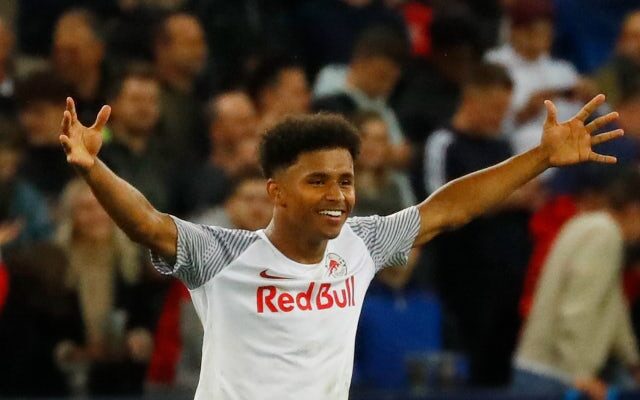 The 19-year-old has emerged as one of the hottest properties in European football, having scored 15 goals and produced three assists in 27 appearances across all competitions this season.

Those figures include three goals and two assists in six Champions League games, with Adeyemi helping Salzburg to become the first Austrian club to ever qualify for the knockout stages of the competition.

A number of Europe’s biggest clubs have been linked with a move for the German, with Liverpool and Barcelona rumoured to be among the front-runners for his signature.

However, Sky Germany report that Adeyemi has now agreed a five-year deal with Dortmund in the hope that he could follow in the footsteps of Erling Braut Haaland.

Any deal is expected to wait until the summer, while it could take a £30m fee to prise him away from the Austrian outfit as his contract does not expire until 2024.

Adeyemi is reportedly hopeful that a switch back to his homeland would help him earn a spot in Germany’s squad for the 2022 World Cup, having scored one goal in three appearances for the national team so far this year.