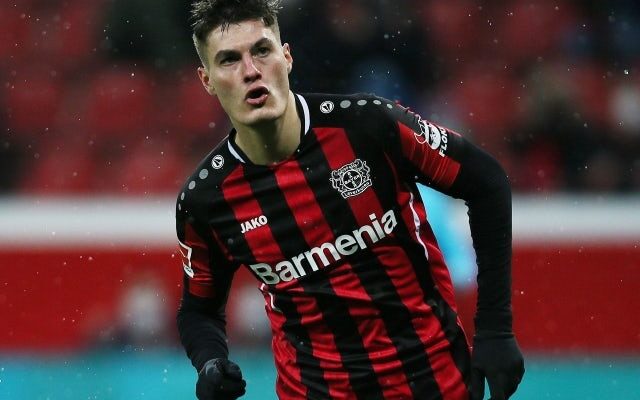 Bayer Leverkusen striker Patrik Schick has played down talk of a potential transfer to the Premier League and insists he is happy in the Bundesliga.

Schick’s impressive form in front of goal this term and for the Czech Republic over the summer at Euro 2020 is believed to have caught the eye of several Premier League clubs including Arsenal, Manchester City, Tottenham Hotspur and West Ham United.

However, the striker insists that he is ‘loving life in Germany’ and has no intentions of leaving the BayArena any time soon.

“I’m really, really happy in Leverkusen and I want to get into the Champions League with Bayer 04,” Schick told Bild.

“I love living in Germany. It is currently not an issue for me at all to think of another club. Everyone knows my contract situation. And I would never cause problems for a club to push through a change.”

Schick, who is out of contract at Leverkusen in June 2025, is believed to be valued by the Bundesliga outfit in excess of £50m.