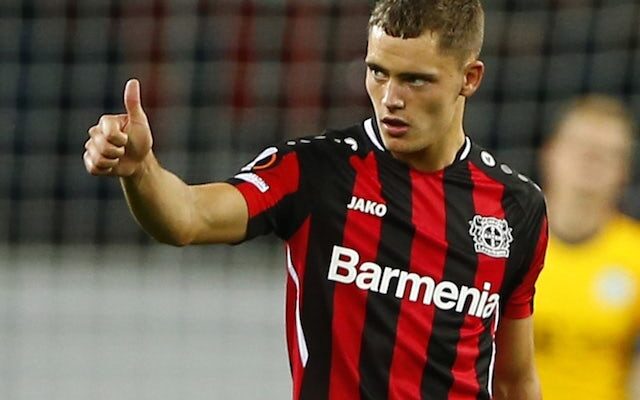 The 18-year-old has starred for the Bundesliga outfit in the 2021-22 season, registering an eye-catching eight goals and 11 assists in 21 games across all competitions.

Wirtz’s rapid breakthrough has supposedly caught the attention of Man United, but Voller does not anticipate the playmaker leaving Leverkusen anytime soon.

Speaking to Bild, Voller said: “Florian has made such a fantastic leap again in the past six months – this development amazes me. He’s actually still an A-youth, you shouldn’t forget that.

“Not only through the contractual situation also through the trust we have built in him and his family, we know that he will be in good hands here for a few more years.

“We want Florian to stay with us for a few more years. That is important for us and for the whole Bundesliga. And I think it’s his plan too. At some point, maybe day X will come and Florian will be too small here, similar to Kai [Havertz]. But that will still take a while.”

Wirtz has amassed a total of 17 goals and 19 assists in 68 games for Leverkusen across all competitions since arriving from Koln’s academy in 2020.

The four-cap Germany international only penned a contract extension with Leverkusen back in May, and his current deal with Die Werkself does not expire until 2026.