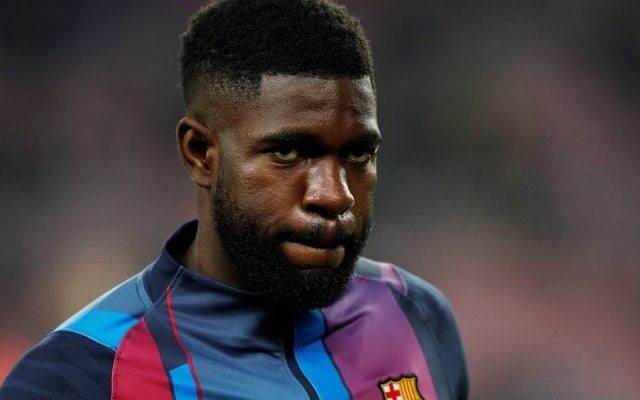 Barcelona‘s Samuel Umtiti has been offered to Newcastle United on a loan deal, according to a report.

The Magpies are hoping to sign a defender within this transfer market in order to provide Eddie Howe with more options for the second half of the season.

Newcastle have conceded 42 goals so far in the Premier League, with no team letting in more than them, with Norwich City having also having the same record.

According to the Daily Mail, Barcelona have offered Umtiti to the Premier League club on a loan deal until the end of the season, with an option to buy him being added.

The Spanish outfit are hoping to free up finances, with the defender being someone they are happy to let go, although he did reject five potential moves during the previous transfer window.

Umtiti has only made one appearance for Barcelona this season, and the club have grown frustrated with his refusal to leave.