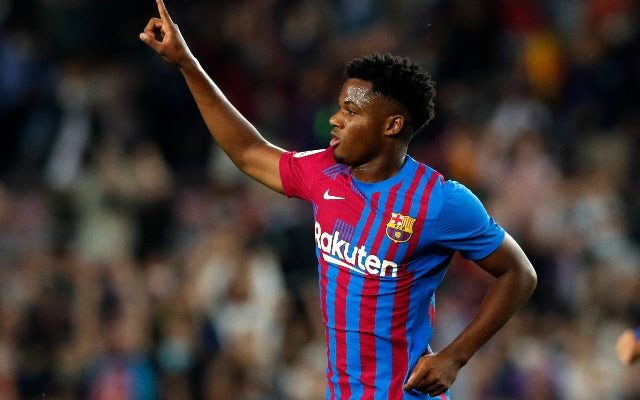 Barcelona have been dealt a blow ahead of Wednesday’s Champions League fixture with Bayern Munich after Ansu Fati was ruled out through injury.

Sitting just two points clear of Benfica, the Catalan giants make the trip to the Allianz Arena requiring all three points to guarantee their place in the last 16.

However, Xavi will have to make do with Fati, who did not feature when the Barcelona squad was revealed on Monday.

The 19-year-old has been absent since the game with Celta Vigo on November 6, and the youngster is still to recover from a hamstring problem.

Barcelona head into the game on the back of a 1-0 home defeat to Real Betis, a result which has left them 16 points adrift of La Liga leaders and fierce rivals Real Madrid.