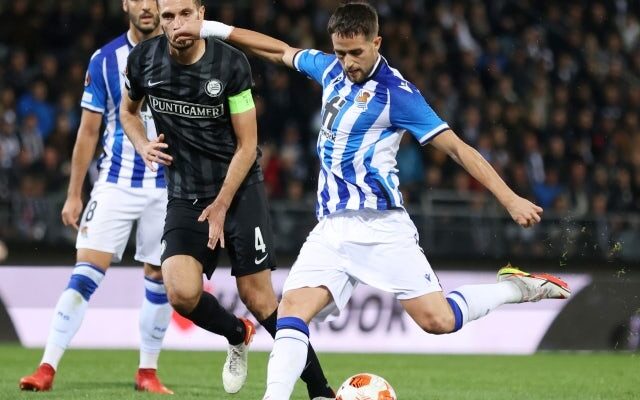 Barcelona and West Ham United are reportedly prepared to battle for the signature of Real Sociedad‘s Adnan Januzaj in January.

The 26-year-old has been a first-team regular for the Los Txuri-Urdin this season, scoring two goals and providing two assists in 25 appearances across all competitions.

However, the winger has just over six months remaining on his contract and Real Sociedad are at risk of losing him for free next summer.

According to TodoFichajes, Barcelona and West Ham have both expressed their interest in Januzaj and they are the current frontrunners to sign the Belgium international next month.

The report adds that Januzaj initially had his mind set on a return to the Premier League, but has recently discovered Xavi‘s intentions to recruit him, forcing the winger to consider his options.

Hammers manager David Moyes, who was responsible for handing Januzaj his professional debut at Manchester United, is believed to be keen to work with the attacker for a third time, having also experienced a brief spell together at Sunderland.

Januzaj is now torn as to whether the rebuilding project at Camp Nou or the chance to play regularly in the Premier League would be the best option for him as he approaches the prime years of his career.